The latest News from Michael

Who Is Your Hero?

Thank you for visiting. I have a lot to talk about regarding the creation of the book, The Passage at Moose Beach. The writing, the art, the editing. As my first book, this was all new to me. The amount of work that goes into the process AFTER you write the story surprised me, but it was always fun. I’ll get to those stories, but to start with, I’d like to talk about, recognize, and acknowledge some of the true heroes in this world—firefighters. Why am I honoring firefighters in a book blog? Because, they deserve it and I am deeply indebted to them for saving my family’s cabin in the woods, the inspiration for this story.

A common question is, “Who is your hero?” Since the first time I was asked that question in my 20’s, I’ve answered that question with, “My father,” and it was true. My father was a great man. He was a high school teacher for many years before developing Lymphoma, cancer that spreads throughout your body, while I was still a teenager. The doctors gave him a few years to live, but he fought the disease for thirteen years before it took him, and he continued to teach through it all. He was dedicated to his family and his students and was my hero because of that, and I wanted to live the rest of my life in a manner that would make him proud.

Recently, I was asked that question again, “Who is your hero?” Once again my response was going to be, “My father.” But then I really started to think about it. My father was a great man in my eyes, and I miss him every single day. I think about all the things I would love to share with him today. He never saw Jurassic Park with dinosaurs that were right there on the movie screen! But he did read the book. And MP3 players—“Hey dad, I can fit my entire library of music, thousands of songs, right here on this little device the size of a cassette.” Forget about cell phones, DVDs, and electric vehicles! My dad was a tech geek, and I inherited that from him. I think we had the first VCR, a Betamax, on our block. He would be in awe of this seemingly alien technology we have, almost twenty-five years after his passing. I love him and miss him dearly. But would I call him “my hero”? END_OF_DOCUMENT_TOKEN_TO_BE_REPLACED

Subscribe and get the first chapters of The Passage at Moose Beach. 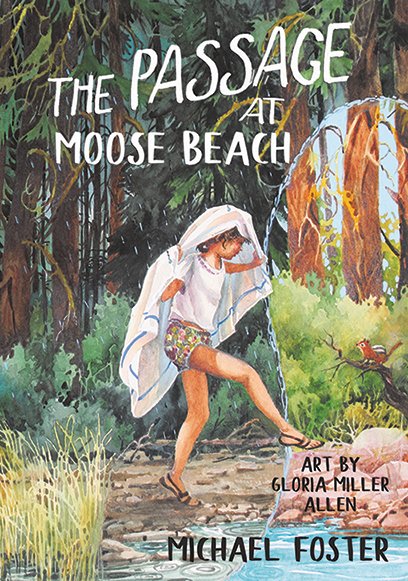 When you purchase a copy of The Passage At Moose Beach through Michael’s Cabin Books,
the author is able to donate more money per book to the Wildland Firefighter Foundation. Learn more.

Also available at your favorite retailers.